In our day-by-day replaying of ‘The Riddle of the Sands’ we’ve reached October 6, and we enter a stage in the book when not a lot happens storywise:

“Nothing happened during the next ten days to disturb us at our work. During every hour of daylight and many of darkness, sailing or anchored, aground or afloat, in rain and shine, wind and calm, we studied the bed of the estuaries, and practised ourselves in threading the network of channels; holding no communication with the land and rarely approaching it. It was a life of toil, exposure, and peril; a struggle against odds, too”

We’re taking this break in the action to do a little surveying of our own, taking a look back at all the fabulous contributions that Club Members have sent in, and highlighting a few that we think many of you may have missed.

Some material has come to us via email, so hasn’t been shareable ‘til now. A lot of what you’ll read here is hidden away in a comment somewhere on the blog, or attached to a ‘tweet’ or a Facebook post.

So this is an attempt to make all the fabulous material that is coming our way more accessible to all. Meanwhile, keep your contributions coming in, and have a good root around the blog to find out more. There’s a lot of great stuff in here!

Tony on how Davies got to Flensburg in the first place

Tony is one of our most frequent contributors and talks from first-hand experience of sailing pretty much the entire route described in the book. In this PDF, he’s written a brilliant summary of the route Davies would probably have taken to get to Flensburg from England before the story-proper starts. It highlights how much the waters and routes have changed in the last 110 years: Daviess-trip-to-Flensburg

Look out too for Tony’s masterful comment on the ‘centreboards vs leeboards’ debate at the bottom of this post: http://www.riddleofthesands.net/wordpress/2015/05/06/the-riddle-of-the-sands-adventure-club-podcast-6-books-handbooks-punch/

Jerry went to the trouble of scanning in the pages from an old book he’s acquired that contains Childers’s own account of sailing to the Baltic in a small boat in 1897. We’ve now uploaded them to the Club’s Facebook page:

This cruise is very obviously the direct inspiration for ‘The Riddle of the Sands’. Childers, for example, really does meet a German boatsman called Bartels!

Liz’s trip to the sands

On a trip to Holland, Liz very kindly took a few snaps of landscapes, boats and even a stove that give some idea of how Carruthers and Davies are living in the book. You can find them on our Facebook page.

Thanks to Liz for taking the time to take a few snaps on a trip that took her quite near the Frisians. She managed o…

Posted by Riddle of the Sands Adventure Club on Tuesday, July 21, 2015

Jeff is a walking encyclopaedia when it comes to other books that relate to ‘The Riddle of the Sands’. Here’s a link to just one small selection of the stuff he’s been sending our way. (Jeff, if we weren’t meant to share this link, let us know and we’ll take it down): https://drive.google.com/folderview?id=0B26Xql6aTRgAfjNUbXNpcmxUQmdLTzRHMWtOTkpqNnVkdXRDbmxUR3RsYl9FWllSMTJDZUU&usp=sharing

One big highlight was this email:

I was recently able to read a wonderful article on the Fresian Islands that I highly recommend. Edwin Morrisby wrote it for the magazine Quadrant in 1990. Morrisby was quite a character and wrote about many of the off-the-beaten-path places he visited in a book called “Unpackaged Tours.”

In the Quadrant article he describes several different trips he took to the Islands over the years. Among things he mentions are Mata Hari’s history with the Freisians, the history of the region, its languages and the fact that the area is known for having nude sunbathing on its beaches. No offense, but I’ll probably skip the Periscope if you decide to take part in that last item on your trip. Reading his article it becomes obvious that Childers really did a good job of capturing a sense of the place.

The article is really, really good and highly recommend reading it. I uploaded a scanned copy to my google drive and you can find it here –https://drive.google.com/open?id=0B26Xql6aTRgAfjNUbXNpcmxUQmdLTzRHMWtOTkpqNnVkdXRDbmxUR3RsYl9FWllSMTJDZUU&authuser=0  – it’s titled “Unpackaged Tours”

Kevin on Inselbahns, steamers, sweaters – and clothes in general

Kevin is up there with Jeff and Tony as one of our most frequent contributors of ROTS-related gems. He was the first person to alert Lloyd (notDavies) to the island railways on the Frisians – and also supplied links to fantastic old photos of steamers in Flensburg harbour:

You may have seen these: the link should take you to a picture of Flensburg Steamboat Pavillion in about 1890 – 1900. http://www.old-picture.com/europe/Jurgensbij-pavillion-Steamboat-Flensburg.htm

There is also a 1901 postcard to be seen at http://www.delcampe.net/page/item/id,233445591,var,ALTE-POSTKARTE-FLENSBURG-HAFENBILD-Hafen-Kai-Harbour-Port-Havre-Segelschiff-Schiff-Sailing-ship-bateau-a-voiles-boat-cpa,language,G.html 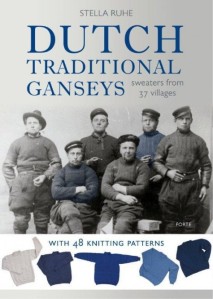 Probably Kevin’s most valuable contribution (apart from identifying exactly where the Kaiser was on October 1898) has been on the subject of clothes. He referred us to a great book about fishermens sweaters of the period, and also sent a long email listing a whole range of outfits we might need to consider for our adventure:

We were honoured to have Martyn at the pilot Film Club night, when he made the effort to bring his marvellous painting of Dulcibella all the way up from the Isle of Wight. You can find more of his work at: http://www.martynmackrill.co.uk/

“I am a marine artist currently researching the Dulcibella with the view to producing a major painting of her sailing through the Frisians – as I believe no other painting other exists other than illustrations. I recently did an illustration of her for the Yachting Monthly ‘Book at bunk time’ series (see above), and the original was incidentally bought by Maldwin Drummond at an exhibition I had. I was amazed how this book still fires peoples imagination.”

It’s salutary to note that while we’ve been rolling around with this armchair adventure for the last 4 months, club member Kass has raced to the Azores and back. Now that’s a proper adventure. Well done Kass! See http://sailingwithzest.com/ and http://yb.tl/azab2015#

We’re absolutely delighted to have the author’s grandson *and* great grandson commenting on our blog.

Erskine was a member of several clubs over the course of his years in London ( 1895-1919 ). During the height of the book’s success he was invited to the Savile Club, and is listed as a member recurring until WWI.

His cousin, the former Chancellor of the Exchequer, Hugh Childers…

…was already a long standing member of the Reform Club, and it was through him that Childers became a member. If you visit the club now, there’s a Childers frame on their walls.

The Royal Cruising Club is where he spent his sailing years. The club he spent the most time is certainly the Royal Cruising Club, but from the papers and letters available, he was invited to most of the notable London’s clubs via his wide circle of friends ( Whitehall, Westminster, Royal Navy, and of course the literary world).

The figure on the right with his hands on his hips, back to the camera, is Erskine Childers in Howth, Dublin, July 1914. He’s wearing his storm gear as he has literally stepped off his yacht Asgard, as rifles are being unloaded.

Here is the same moment from Howth, different camera. Erskine in the same storm gear again , furthest right, in profile.

Onboard yacht ‘ Vixen ‘ ( aka Dulcibella ), and all his other yachts afterwards; was his personal library of seafaring books. A bible to him and the Royal Cruising Club which he belonged, was Biddle’s ‘ Corinthian Yachtsman ‘ 1881. His personal copy of it; although battered considerably, is still in family possession. Alongside his copy of EF Knight’s ‘ Falcon In The Baltic ‘.

In the back of the Corinthian book, from Pg. 126 onwards in the PDF version, you will notice adverts of a certain shop at ‘ 136 Minories ‘ that should answer all your questions as to….said shops in the ‘ Minories ‘. It really did exist!

The No Fixed Abode Club

Finally, ahoy to the lovely people at http://www.nofixedabodeclub.com/ who are yet another group of people  interested in travel, adventure and telling stories. Lloyd and I went to the ‘Seaward’ event at Arthur Beale not long after we embarked on this mad project that we’re now wrapped up in.

It was heartening to be amongst kindred spirits, and discover there are other people out there putting their energies into podcasting, blogging, gathering together and generally having a social time of it, both in the real world and online.